Help Us Build A Lego® Town Centre is a Kāpiti Coast District Council initiative that saw 60+ Lego Fans of all ages come together to build a 6.0m x 1.8m display of what the Paraparaumu town centre might be like in 2035. The aim of the project was bring together people of all ages from across the community to think about the challenges and opportunities that might be presented to us in the future. Members of the public were invited to register and be part of our project in mid February, 2015. Throughout February and March we ran a series of public workshops were participants could come find out more about our project, see Lego inspirations, learn about future environmental and urban
challenges while also developing on their Lego models. Starting from what was in a real 300m x 90m ‘chunk’ of Paraparaumu here in 2015, the concepts developed through the Town Centres and Connectors public consultation and combined with the ideas that came for our workshops, we formed a grand plan for our town centre 2035 model. Together our combined creative forces resulted in our amazing Lego model being built from nearly 200 individual contributions. The display was assembled at the Kāpiti Sustainable Home and Garden Show, held on 21-22 March 2015 to help to promote awareness about the Council’s Long Term Plan consultation process, including the Town Centres and Connectors project.  Following on from this, the installation was reassembled at Coastlands shopping mall from March 23rd to April 20th. 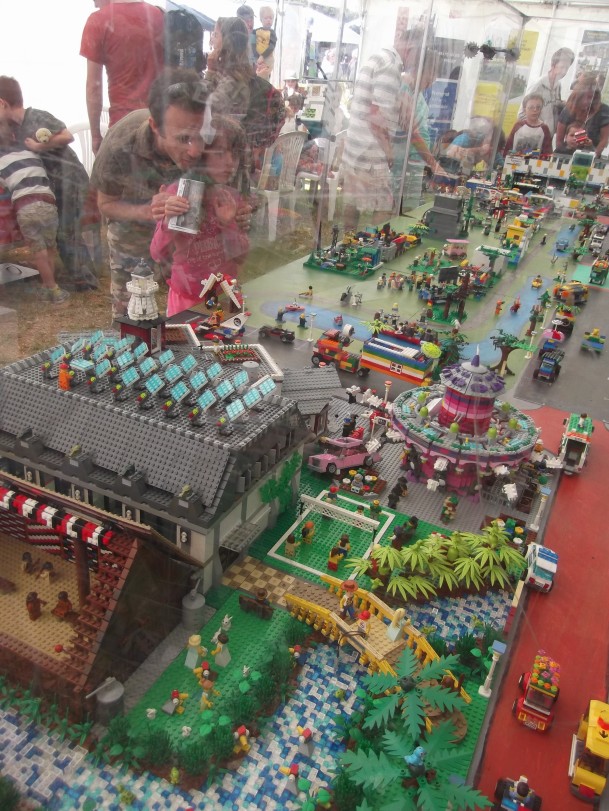 Thanks to all those involved, we couldn’t have done it without you!

We were delighted to see the final project installed, thanks to the extraordinary efforts of all those involved. We would especially like to thank all the builders who contributed with special mention to supporting parents of younger participants. We were also incredibly lucky to have the input and contributions of expert builders who inspired us all throughout the project. Additionally thanks to MenzShed for building the model’s secure display cabinet and the support and to Coastlands, Farmers, Beca, Philips for sponsorship and other volunteers.