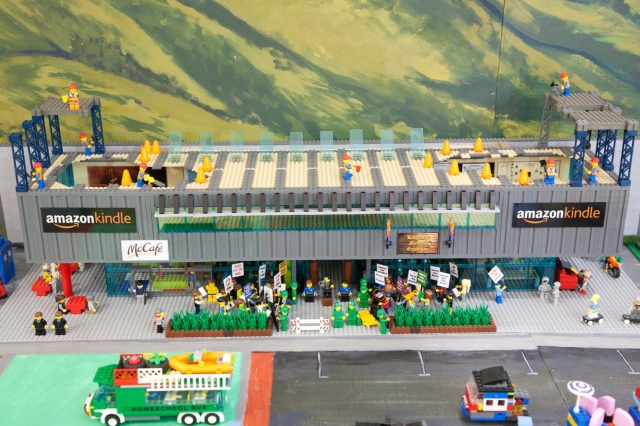 The year is 2035 and traditional Public Libraries are struggling to keep pace with new technologies. Many libraries are in partnerships with companies like Amazon.com who provide sponsorship (in return for advertising) and give discounted ebook services.
Ebook readers are basically disposable and are no longer made from rigid plastic – they can be folded up or rolled up like a piece of paper and put in your pocket! Physical books are going out of fashion, they are expensive to print and can only be loaned out one at a time. Whereas an ebook can be loaded out to many people at once and never have to be returned.

The main library is shrinking gradually as paper books are replaced with ebooks, the spare space is being turned into lounge or study areas. The multimedia and virtual reality areas are growing all the time. The vintage wii setup is very popular with the middle aged patrons who remember it from when they were children!

But not everyone is happy with the changes that are taking place! Outside the library there is a commotion! A protest march has just assembled outside the library. There are 2 groups of protestors, one in favour of the e-books (Save the Trees), and one group in support of keeping the real books in the library. Mayor Jake Roos is about to speak to the protestors, while the army keeps both groups under control. 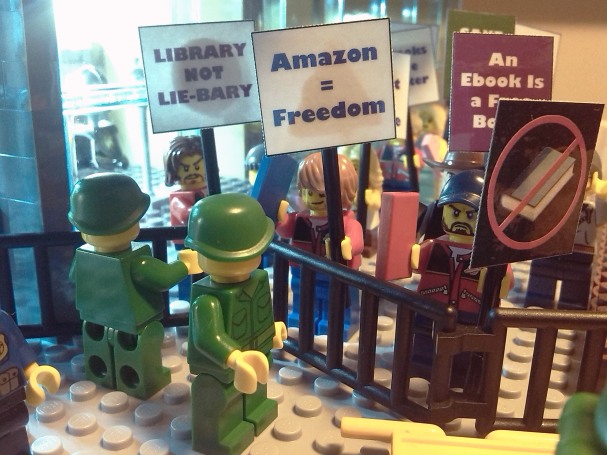 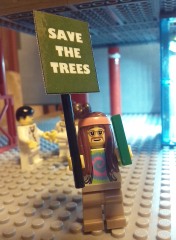 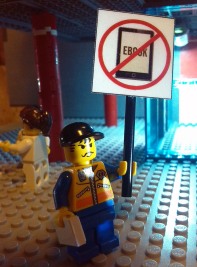 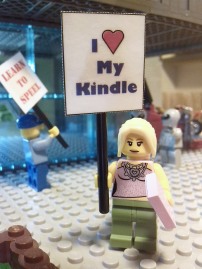 Upstairs the reference and genealogy section of the library is fully computerised. Every piece of data that has ever been written down has now been scanned and is available on the Internet.

In the meeting room the Kapiti LEGO Club is meeting to discuss the next LEGO Show. What will Kapiti be like in 2055, how much will the city change in the next 20 years? Will we finally have hover-boards?
Even though the number of physical books is shrinking the library is expanding! Emmet is overseeing an addition to the library; it will now have a second and third level! The upper levels will be apartments – these will be homes for many families relocating to the Kapiti Coast after the disastrous Wellington Earthquake of 2023.

Robots are now intelligent enough to do the job of a person. There are only a few human librarians left, most have been replaced by robots!

Can you see:
Emmet – hard at work?
The mayor talking to the crowd?
Muscle man (wearing only his undies)?
Some visitors from another planet?
A naughty burglar? And the policeman who has been trying to catch him for ages?
The robot librarians? How many do you see?
What do you think is being thrown into the dumpster? Why?
If you look carefully you can see one group of protestors holds tablets and the other holds books!
TVs and computer monitors just keep getting bigger and bigger!
Very high efficiency solar panels on the roof now provide most of the power requirements of the library!

Other things to think about:
What is better a book or an ebook?
Which side would you be on? Or would you like to have both books AND ebooks in the library.
If we had lots of spare space in the library what should we use it for?